Tetzel did not take Luther’s 95 theses sitting down. He gathered a group of 35 clergy to testify that he had never claimed indulgences alone could absolve one from the crime of violating the Mother of God. 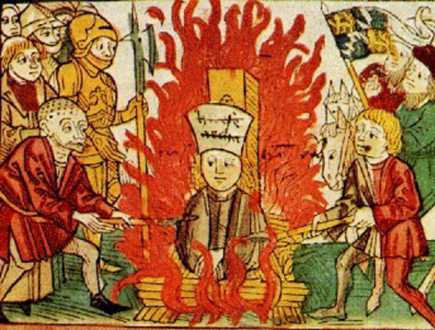 He fired at Luther: “In three weeks I will throw the heretic into the fire and he will go to heaven in a bathing cap.” (Referring to the cap a heretic wore when burned at the stake.) Then Tetzel held a series of disputations (written not by him, but by a leading Frankfurt theologian) in Frankfurt on the Oder. The theses of this disputation reached Wittenberg in March, and when a bookseller tried to sell them, the students burned 800 of them in the marketplace.

In March Luther published his Sermon on Indulgences and Grace which was his first great literary achievement. In it he stated that God requires true contrition, conversion, and an intention to bear Christ’s cross in the future. No one can usurp God’s jurisdiction over punishment or forgiveness. Indulgences are only for lazy, imperfect Christians, no one is improved by them, so don’t buy them. It is better to give money to the poor than St. Peter’s, he doesn’t know if indulgences benefit the dead but prayer for them is better anyway. If Tetzel is declaring him a heretic it is only because Tetzel knows neither the church fathers nor the scriptures. Now Tetzel charged that Luther is a heretic like Hus and Wycliffe, and stated the pope has the power to grant indulgences, and put out other theses for debate in Frankfurt. He goes on to say the pope cannot err, has the keys of the church, one cannot diverge from church doctrine and papal authority, and finally that Frederick the Wise is also a heretic for sheltering Luther.

Up to this time Luther thought Tetzel was just extraordinarily ignorant, but as barbs continue, Luther stated the gospel cannot be altered, even if an angel came down from heaven to do so. He invited Tetzel to come to Wittenberg and debate him, with safe conduct, free room and board, and see there are no heretics there. At first Luther considered he was playing a bit with Tetzel, but now his writings are becoming polemic and changing into his characteristic style of his humor, powerful language and frank outrage against opponents.

Meanwhile Albrecht wanted the Leipzig faculty to debate with Luther. 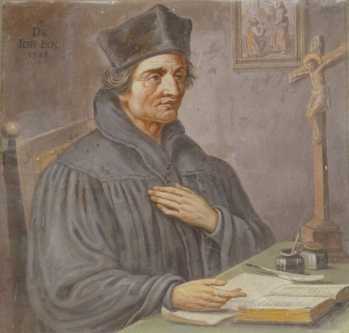 They refused, but another opponent of Luther, his erstwhile friend John Eck rebutted his theses in Obelisks (dagger-like marks used by scholars to denote marking spurious portions of texts to be removed.) He accuses Luther of being a Bohemian, heretic, and pope-hater among other things. Luther was very hurt by his “friend’s” remarks, and in May he responds with Asterisks (the critical sign indicating important texts.) He writes Eck that he condemned his 95 theses without understanding them. The break between the two men rapidly escalates. Eck writes that Luther calls the pope’s authority into question. Luther writes that the pope is a man and can err, and so it goes. Then Luther’s friend Karlstad, without his knowledge, published theses against Eck’s Obelisks to which Eck had to respond. Luther tried to get Eck to respond moderately, but it is too late.

In April, Luther as district vicar had to preside over an Augustinian disputation in Heidelberg. Just about nothing is known about this meeting, and apparently Luther was not even on the agenda other than that he was replaced as district vicar by his friend Johann Lang. There was also a public debate where Luther again presided, and wrote the disputation, but did not take part in it. The main thing that came out of this debate was that it made a great impression on a number of young theology students who later supported the reformation. One such student was Martin Bucer, leader of the Strasbourg Reformation. 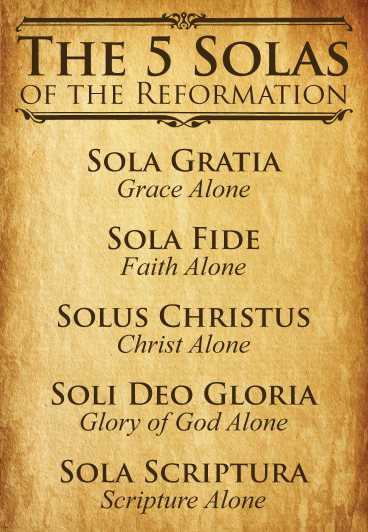 In May Luther finalized Resolutions (begun in February) to counteract misunderstandings of the 95 Theses. He sent them to Staupitz to send to Rome to plead his case with the pope against the Dominicans (inquisitors). He dedicated it to the pope, and tells the pope that he (Luther) is being led by Christ, Christ will teach the pope how to decide on his theses, and he will accept the pope’s decision. He begins by saying there is nothing in his theses that goes against the church fathers and scripture. He doesn’t reject purgatory as the Bohemians do, but he doesn’t understand about God punishing the dead. Either one is forgiven and in heaven, or not forgiven and in hell. He thinks purgatory is the existential fear of judgment.   For the first time he equates Rome as Babylon. If the love of God leads him to regret sins, this is not just a change – it is a transplant to the side of God by grace, not works. One who is righteous anticipates God’s judgment and agrees with it, condemning himself. Where Thesis 7 stated God does not forgive those who do not humble themselves, he now introduces justification. One who believes in the promise of forgiveness can be certain of it. One doesn’t depend on the power of the pope, but on the promise of Christ. Faith in the priest’s word of absolution cleanses one from sin. The priests are not the author of forgiveness, but the servants of the word to faith in forgiveness. Law and gospel must be distinguished. The law imprisons us, but the gospel makes us free. “The law says, ‘Do this,’ and it is never done. Grace says, ‘believe in Christ,’ and it is already done.” In the past, reading Romans 1:17, Luther was taught that through the righteousness of God sinners were punished. In spite of his irreproachable life as a monk, he always felt he was a sinner. He did not love God, rather, he hated the God who from his righteous position condemned sinners. Now he suddenly saw that the righteousness of God was not a punishment, but a gift that God gives us through faith. God puts his cloak of righteousness over us, absorbs all our sins, and makes us righteous. Further, the righteousness of God justifies us and gives us salvation. His old theology of humility still kept man as a sinner trying to justify himself to God by his good works, but now Luther sees that works are nothing. Faith in the promises of God and Christ are everything. God has acted in love to justify us to Himself. We can’t do it, for God has already done it. This is a great breakthrough from Luther’s beliefs in 1517.

Luther’s alleged crimes were suspicion of heresy, disdain for clerical power, and lack of respect for papal power of the keys. The Dominican Prierias was ordered to prepare a theological opinion, and he set forth four principles in his Latin Dialogue against the Presumptuous Conclusions of Martin Luther: 1. The church head was the pope. 2. He is infallible when speaking on faith and morals, and anyone not adhering to the pope and Roman church is a heretic. 3. The Roman church can make regulations for faith and life, and if anyone disagrees with these, he is a heretic. 4. Anyone who speaks against the church’s indulgence practices is a heretic. Amongst other things, Prierias viewed the indulgence problem as related to papal authority and the pope was infallible so indulgences were legitimate. He supported much of his writing by quoting the scholastic, Thomas Aquinas. He stated Luther damaged the church’s reputation, he didn’t take most of what Luther said seriously enough to give a considered rebuttal, and stated the authority of the church was above that of scripture. He stated that not only was Luther a heretic, he was in fact the “prince of heretics.” Prierias bragged it only took him 3 days to write his opinion.

It took Luther 2 days to answer it. He did not want to get into a confrontation with the pope, so he just gave his three principles: 1. He appealed to Paul that Christians should test everything and hold to what is good, and the norm for this is the gospel. Per Paul even an angel who deviates from this should be accursed. 2. St. Augustine states that in his view the only infallible authority is the Bible. 3. Canon law states that nothing should be taught except that which is in the Bible. He makes no use of scholastic authorities. Without directly saying so, he attacked Prierias’s principles on papal authority. He refers to a canon lawyer who stated that popes and councils can err, rejected Prierias’s use of Aquinas as an authority, and claimed he was honored the pope just not Rome’s greed. Prierias fires a salvo back at Luther, and the written battle ensues, with the solution of no solution. Finally, after being called a Bohemian and schismatic, Luther publishes a brief preface which is hardly a rebuttal and the battle takes a rest.