Do you enjoy reading? Then join the members of The Resurrection Readers each month (either virtually or outside) on the first Tuesday @ 1 pm to discuss the previous month’s reading selection. You don’t need to be a member – just a bookworm looking for fun, fellowship and, when we’re lucky – some great food! Periodically, we’re honored to host a guest author as well. Membership has doubled over the last year, and we’re excited to start up again after a temporary shutdown due to Coronavirus. We look forward to hooking up with friends old and new! Contact Bonnie Lou Binnig for more information: stretchrfb@yahoo.com

Below, please find the reading selections for this fall.

October: A Gentleman in Moscow by Amor Towles 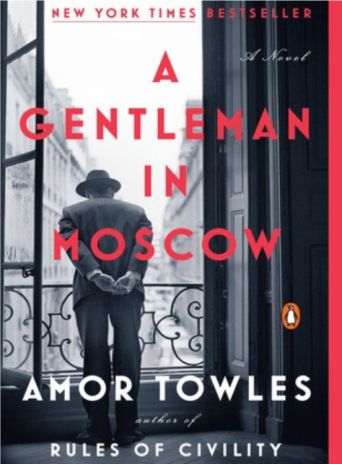 Soon to be a TV series, this is a novel about a Russsian man who is ordered to spend the rest of his life inside the luxurious Hotel Metropol – across the street from the Kremlin.   In 1922 the erudite Count Alexander Rostov is sentenced to house arrest by a Bolshevik tribunal for being an unrepentant aristocrat who has never worked a day in his life.  Now he lives in the hotel attic where he has a window on the tumultuous history of Russia unfolding before his eyes.  In his new reduced status he has an emotional journey learning about the importance of community; the distance of a kind act; and resilience. “It’s a manual for getting through the days to come.”  From O, The Oprah Magazine.  Given our current quarantined status, it is perhaps the best of reads for us.

November: Where the Crawdads Sing by Delia Owens 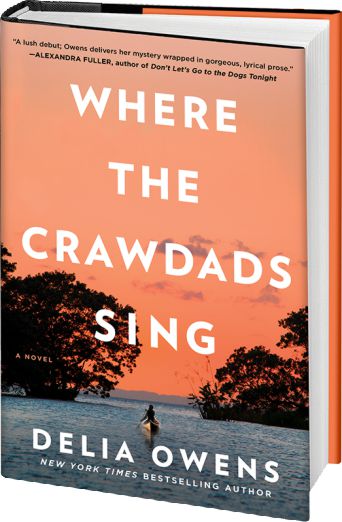 In the quiet town of Barkley Cove on the North Carolina coast there were always rumors about the “Marsh Girl” Kya Clark.  Then in 1969 she is suspected of killing the handsome Chase Andrews.  But Kya is not what the locals think.  She is sensitive, intelligent, and   has survived alone in her marsh home with sea gulls for friends and the sands her lesson book.  However, the time comes that she wants to be touched and loved.  Two young men from town are intrigued by her wild beauty, and she opens herself to a new life – and the unthinkable happens.  This book incorporates the beauty of the natural world, a heartbreaking coming-of-age story, and tale of possible murder.  Owens reminds us we are always shaped by our childhood past and are subject to nature’s keeping of both beautiful and violent secrets.  It is a Reese Witherspoon Hello Sunshine Book Club Selection and has sold over 6 million copies worldwide. 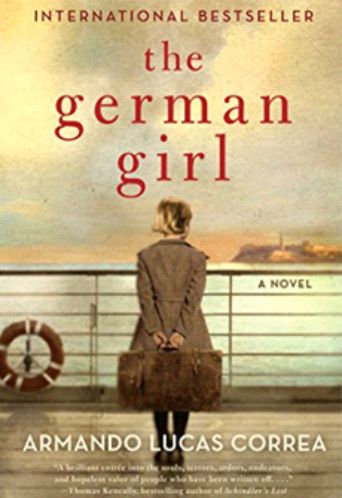 This novel is based on a true story. It begins in Berlin 1939 where Hannah Rosenthal’s charming life is disrupted by Nazi ordinances which take away their fine possessions and home.  Hannah flees Germany with her best friend and family and boards an ocean liner which promises safe passage to Cuba.  As they travel, circumstances of the war change and the salvation promised may be their doom.  In New York 2014, Anna Rosen gets a birthday package from an unknown relative in Cuba – her great-aunt Hannah.  This inspires Hannah and her mother to go to Havana to uncover their family’s mysterious and tragic past.

The German Girl sweeps from Berlin at the brink of the Second World War to Cuba on the cusp of revolution, to New York in the wake of September 11, before reaching its deeply moving conclusion in the tumult of present-day Havana. 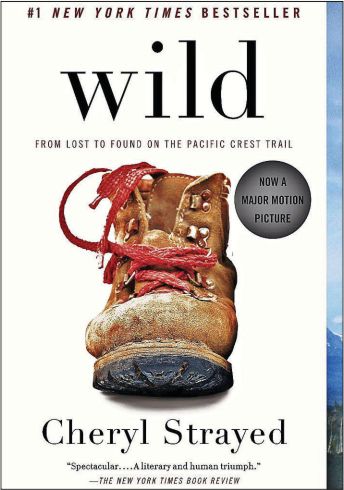 This is an autobiographical story of a brave woman’s journey to find herself. At twenty-two, Cheryl Strayed lost her mother, her family scattered, and her marriage soon collapsed.  Four years later, after a bout of stupid sex and drugs, she feels she has nothing more to lose so she makes an impulsive decision to hike the Pacific Crest Trail.  She had no experience or training to prepare her for this thousand mile plus trek from the Mojave Desert to Washington State.  She was not only driven to do this, but to do it entirely alone.  With suspense, warmth and humor this book captures the terrors and pleasures of a young woman on a journey which against all odds gave her strength, courage and healing.  This is an Oprah’s Book Club selection and was made into a movie starring Reese Witherspoon for which she was nominated for an Oscar.

Online Bible Study begins April 8. All are welcome! Wednesdays @ 10am.

Stop in for Drive-in Church – Saturday @ 5pm or Sunday @ 9:30 am! You don’t need to get out of your car or get dressed up, and you’ll be able to sing at the top of your voice in the comfort of your own car!

Every 4th and 5th Tuesday of the month, volunteers from LCR serve up meals and friendship at the Pasco Metropolitan Ministry campus from 5:30-7:30PM.